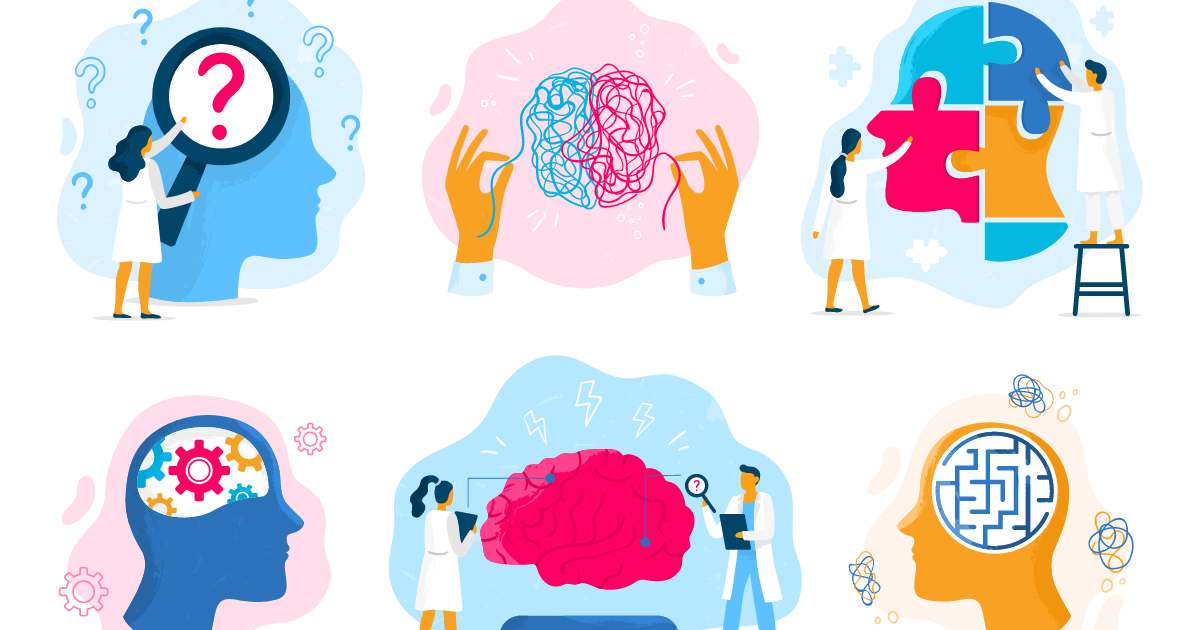 You enjoy things a particular way. For example, all the canned goods in the pantry must be organized with the label out. Your mouse must be sitting in the very middle of the mousepad whenever you are away from your desk. You must check the stove multiple times before you leave the house to ensure that it’s off. If a label gets turned in the pantry and you can’t fix it, or you can’t perfectly situate your mouse in the very middle of the mousepad, or you only checked the stove four times and not five, do you lose sleep over them or simply shrug it off?

“Obsessive-compulsive disorder (OCD) is a disorder in which people have recurring, unwanted thoughts, ideas or sensations (obsessions) that make them feel driven to do something repetitively (compulsions). The repetitive behaviors, such as hand washing, checking on things or cleaning, can significantly interfere with a person’s daily activities and social interactions.” It affects millions of people, but its symptoms and origins aren’t fully understood. But if you’ve been diagnosed with OCD, there are worthy treatment options.

Can You Catch OCD?

You can’t “catch” obsessive-compulsive disorder the way you think. It’s not contagious, but some doctors and researchers have competing answers for that very question. No laboratory tests can detect OCD. It’s considered something with a neurological origin. But some researchers believe it may be tied to childhood illness.

Most doctors and mental health specialists err on the side of caution, all their education, training, and experience telling them that OCD is a neurological condition. The causes aren’t fully understood but may include:

OCD compulsions are monotonous actions that you feel compelled to perform. These recurring behaviors or mental dance routines are designed to lower anxiety related to obsessions or keep something bad from occurring. However, taking part in the compulsions offers no solace and instead only short-term respite from anxiety.

With OCD, you’re compelled to create rules that help contain your anxiety when you’re deluged with obsessive thoughts. These compulsions are unwarranted and often not realistic compared to the problem they’re supposed to remedy.

Like obsessions, compulsions are interwoven with themes, which may include:

But what about the symptoms? Compulsions feature symptoms like:

One of the foremost tools a doctor or mental healthcare specialist will use in diagnosing OCD is this one. In the publication, several disorders are listed which seem to share common symptoms with obsessive-compulsive disorder:

Many OCD symptoms can be treated, but not all indicate you have the disorder. A diagnosis typically depends on you dealing with obsessions or compulsions for an hour or more each day, and the acts cause a noticeable disruption in daily life. You may get relief from doing something, but it’s only fleeting, and you’ll do the same thing again.

With a firm diagnosis, your doctor or mental healthcare provider can recommend treatment options, including psychotherapy or ketamine infusion.

Many people experience temporary OCD-like symptoms at some point, but they’re mostly able to go about their lives without significant disruptions. Minor interruptions in routine are just that – minor. But for some people, symptoms like obsessive counting or checking are signs of another problem. Contact us today at Kure IV to learn more about how we can help you find relief from your symptoms.